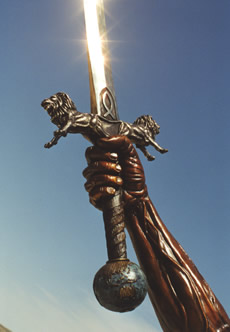 Over a year and a half ago the Lord spoke to me that we are in a kairos moment of accelerated restoration. In this kairos moment there are decisions to make. Things have changed. In 2018 the Lord spoke to me from the Book of Joshua as to where we are and what is required. I do not believe this is the whole picture as we only know in part and prophesy in part, 1 Cor. 13:9. However, we need each other’s part.

The first Passover was a miraculous dress rehearsal for the coming of Messiah, His crucifixion and resurrection. The Jews observed Passover for 1,400 years before Jesus came and fulfilled it. God’s plan for Passover (which means, exemption) was for the Israelites to be passed over or exempt from death, delivered from slavery, travel through the wilderness and arrive in the the Promised Land. However, the generation that participated in the first Passover never made it out of the wilderness. They died before reaching their destiny. Joshua 5:6 tells us they perished because they did not listen to the voice of the Lord. Hebrews 3:19 tells us they could not enter the Promised Land because of unbelief.

In Joshua chapter 4 and 5 everything changed for the people of God. The generation born in the wilderness crossed over into the Promised Land with a new leader. Joshua circumcised this new generation, reestablishing the Covenant with the Lord. They observed the Passover and the next day the manna stopped and they began to eat the produce of Canaan.

After four hundred and thirty years of slavery in Egypt and forty years of wandering in the wilderness, this new generation crossed over into the Promised Land. They have a new leader, they celebrated the Passover, they are eating new food and the Covenant has been re-established. Very significant details and timeliness of events laid out here for our instruction. Let the reader understand.

Then, Joshua is standing near Jericho. He looked and a man was standing opposite of him with his sword drawn in his hand. Joshua went to him and asked, “Are you for us or for our adversaries? He said, “No; rather I come now as captain of the host of the LORD.” Notice two things. First He answered “No” to the question, “are you for us or for our adversaries”? The question is not, Lord are you on my side? The question is, are we on His side? Second, He said, “I come now”. This man with his sword drawn was Jesus. We know that because Jesus is the captain of the army. Also, as Joshua bowed in worship, calling him Lord, he was not instructed to stand up and stop worshipping as other times in scripture when a man was speaking with an angel. In saying I come now, Jesus was manifesting Himself much differently now than the past forty years wandering in the desert. He is ready for battle, His sword is drawn! We must have discernment when the Lord manifests Himself differently from what we are used to or we are in danger of rejecting Him.

Joshua fell on his face to the earth, and bowed down, and said to him, “What has my lord to say to his servant?” The captain of the LORD’S host said to Joshua, “Remove your sandals from your feet, for the place where you are standing is holy.”

The first thing Jesus told him to do was remove his sandals for the place he was standing was holy. Chapter 5 ends with, and Joshua did so. When Moses approached the burning bush, God said the very same thing, “Remove your sandals for you are standing on holy ground”. In both cases, immediately following the removal of their sandals they were given strategy. Moses was given strategy for a military mission of rescue. Rescuing the Hebrews from slavery in Egypt. Joshua was also given strategy for a military mission; conquering and possessing the Promised Land. Each objective requires precise strategy from the Lord and strict obedience to that strategy. His first objective for Joshua from this encounter was to conquer Jericho.

In Ruth 4:7 we read something very interesting about removing sandals. Now this was the custom in former times in Israel concerning the redemption and the exchange of land to confirm any matter: a man removed his sandal and gave it to another; and this was the manner of attestation in Israel. Without going into detail here, Boaz redeemed Naomi’s Land as well as Ruth by the legal transaction of removal of a sandal. Boaz and Ruth then gave birth to Obed. Obed gave birth to Jesse and Jesse gave birth to David. It was through the family line of David that Jesus was born and through Jesus, all that receive Him and are born again into the Family Dynasty of the Lord God.

So, as Joshua was instructed to remove his sandals, Jesus was making a legal transaction for acquiring land! Joshua worshipped by submissive humility in removing his sandals and bowing before Jesus.

Genesis 1:28 tells us that God blessed man and woman and said to them, “Be fruitful and multiply, and fill the earth, and subdue it; and rule over the fish of the sea and over the birds of the sky and over every living thing that moves on the earth.” Jesus reconfirmed this in Matthew 28:18-20 when He said, “All authority has been given to Me in heaven and on earth. “Go therefore and make disciples of all the nations, baptizing them in the name of the Father and the Son and the Holy Spirit, teaching them to observe all that I commanded you; and lo, I am with you always, even to the end of the age.”

We must have divine strategy in this kairos moment of accelerated restoration. Man’s wisdom and strategies of the past will not work now. As Jesus said, “I come now as the captain of the Host of the Lord.” And, “Remove your sandals from your feet, for the place where you are standing is holy.” Then strategy is given and action must be taken in precise obedience.

Things have changed and decisions must be made.

This site uses Akismet to reduce spam. Learn how your comment data is processed.

Book: Identity theft is a global problem. Do you know who you are?

Book; Jesus said He would build His Ekklesia, not church