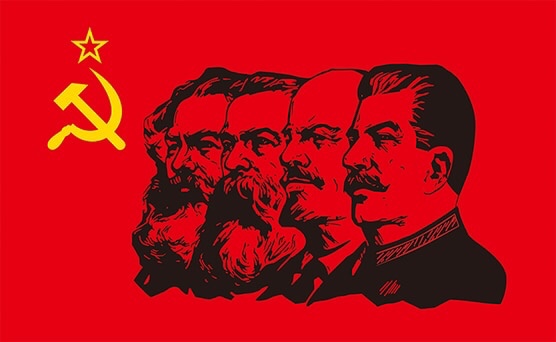 The Information War of Ideas is brainwashing many Americans and Christians alike.

Islam, Communism, Marxism, Socialism and Humanism are joining forces to destroy the United States and Christianity.

Here is the list of 45 goals of Communists/Marxists to destroy the United States.

EXTENSION OF REMARKS OF HON. A. S. HERLONG, JR. OF FLORIDA
IN THE HOUSE OF REPRESENTATIVES

Mr. HERLONG. Mr. Speaker, Mrs. Patricia Nordman of De Land, Fla., is an ardent and articulate opponent of communism, and until recently published the De Land Courier, which she dedicated to the purpose of alerting the public to the dangers of communism in America.

At Mrs. Nordman’s request, I include in the RECORD, under unanimous consent, the following “Current Communist Goals,” which she identifies as an excerpt from “The Naked Communist,” by Cleon Skousen:

Remember, this is from 1963. Most have no idea this has been going on and these goals are just about completed.

Christianity is being targeted. The Evangelical community is the last bulwark of our Judeo-Christian Constitutional Republic. At this moment the war is raging for the pulpits of America and some have been overcome. Many have already been deceived and are spreading Marxist (Socialism) propaganda supported by twisting scripture whether knowingly or unknowingly. Using terms like social justice, racism, white privilege, compassion, common ground, generosity, tolerance, acceptance and unity while perverting the true Biblical definition and context. The enemy is working from within to conquer and divide. Look for other Biblical terms to be hijacked and redefined.

Globalism, Sustainability, Social Justice, Immigration, Environmentalism, Collectivism, Economic Justice, Climate Change, Critical Race Theory and other agendas are being used to prey on the heart strings of Christians to change Christianity in America by moving us into Socialism.

After the horrendous attack on 9-11 the pressure to return to “normal” was on. We were told by the president, many politicians and other voices to return to normal activity as quickly as possible. Get back to living your “normal” life like you did before 9-11. Terrible advice! The “church” responded to the call to “normal” and here we are.

“Normal” is not going to cut it!

Let us not forget that it was the religious conservatives that could not recognize Jesus and had Him crucified. In the 1930’s some Christian churches in Germany compromised with the Nazis and some even had a picture of Hitler and a Nazi flag. Today some churches are flying a different flag, a rainbow flag. Matthew 5:10-11 will be the portion of those who will not compromise truth in this hour.

The “church”, along with the pastoral gift, is not equipped to handle this war, it is up to the Ekklesia. Jesus already told us the gates of hades will not be able to overpower the Ekklesia. Jesus didn’t use the word church like many Bibles do. The Ekklesia is founded on apostles and prophets, not pastors, teachers or evangelists.

We must know the Word and His words. We must be led by the Holy Spirit, not our emotions. We must recognize His voice above all others and respond to what He is saying and doing. This is no longer optional, it is mandatory for 2020 and beyond. Victory is secure for those who do.

This site uses Akismet to reduce spam. Learn how your comment data is processed.

BOOK; Jesus did NOT say He would build His church